Pirelli has offered a first glimpse of what its Formula 1 tyres will look like in 2017, after unveiling a showcar fitted with the wider rubber in Monaco on Saturday.

As part of the planned overhaul of the sport’s technical regulations next year, Pirelli will be supplying teams with much wider tyres, reminiscent of those used in the early 1990s.

The tyres have not yet been tested, with the Italian firm’s 2017 development programme having so far been limited to running 2016-size tyres with certain elements of next year’s rubber.

However, the first running of the tyres with modified 2015 cars to simulate next year’s downforce levels is scheduled to begin in August.

Ferrari, Red Bull and Mercedes will be taking part in that phase of the development process. 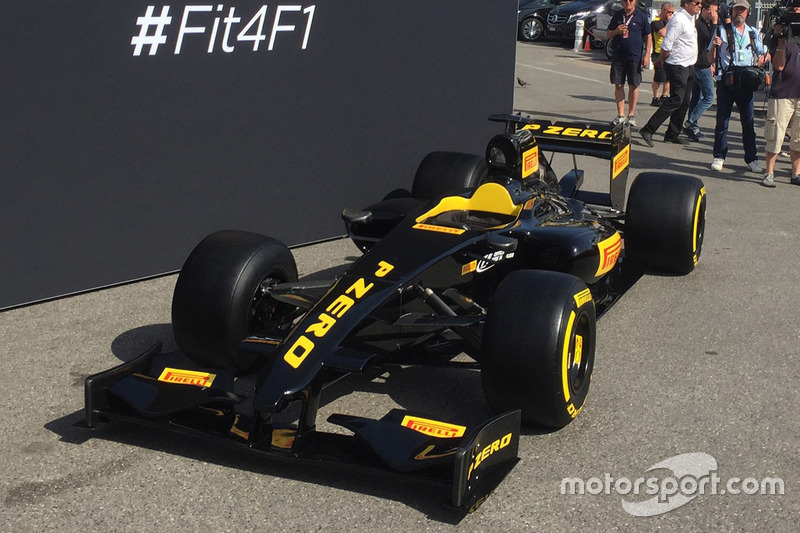 Pirelli, however, has given the first indication of how the 2017-spec tyres will look by equipping a branded showcar with them, as pictured above.

The car – which is developed from an old Toyota F1 car – has been updated to include the wider 2000mm track that they will be next year.

The front and wear wings have been tweaked to simulate what 2017 concepts could look like, but were not created to the exact dimensions of the regulations.

The new tyres are roughly 1kg heavier than the current 8.5kg.

Combined with major changes to the wings and diffuser, this is expected to deliver a laptime gain of up to five seconds per lap.